Art and Wine at De Pont

It was yet another twist to our borrel outings this month. We met at De Pont museum in Tilburg for a beverage and to take advantage of the museum’s being open late, which occurs on the third Thursday of the month. It was quite a nice turnout as we gathered in the café to enjoy a drink, some light snacks and began to catch up on the what was going on in our busy lives! After the borrel, we made our way into the museum to enjoy the exhibits. Some the featured exhibitions included the films of Isaac Julien, the video works of Emma van der Putt, the paintings of Toon Verhoef and several other interesting works.

The description of the films of Isaac Julien are described by as “a blend of fact and fiction, aesthetics and critical reflection. In his films he has told stories about ethnic origins and social vulnerability, about sexuality and gender, about beauty and economic capital. Julien’s film installations can be compared to musical compositions in which various voices are brought together”.

Emma van der Put graduated from the AKV St. Joost in 2010 with Scenes uit een avond (Scenes from an Evening) as her final-exam project. For one of her most recent videos, which is what we had the pleasure of viewing at De Pont, she took her camera to the notorious Brussels train station Midi/Zuid. There she filmed the loud advertisements, hurried travelers and sleeping homeless people.

My favorite exhibition of the evening was the work of Toon Verhoef. The paintings of Verhoef are described as “they resist definition; the words to describe what they show usually remain at the tip of one’s tongue. Each painting is based on a drawing that the artist has selected from dozens of small sketches and preparatory drawings. That is the drawing which ‘hits the nail on the head’ due to a certain detail or because of some incongruity that intrigues him”.

If you have never visited De Pont or it has been awhile since your last visit, you definitely owe it to yourself to stop in and take a look. There is always something beautiful, thought provoking or just different to enjoy! 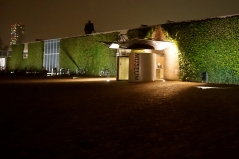 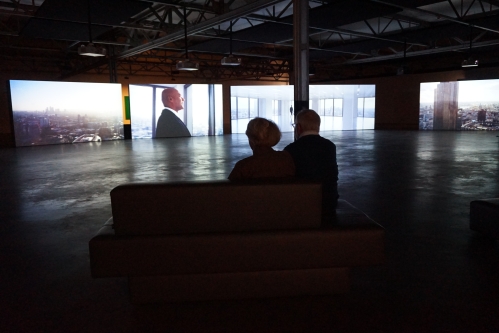 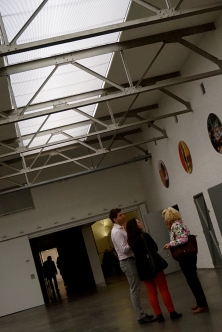 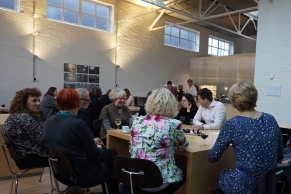