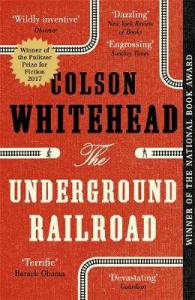 Our book club met to discuss our latest book, Pulitzer prize winner The Underground Railroad, by Colson Whitehead. It is the story African American slave, Cora, and her flight from slavery on a plantation in Georgia. While most people are familiar with descriptions of slavery on cotton plantations in America in the early 1800s, the author gave a good picture of the horrible conditions and ruthless behavior inflicted on the slaves. Running away should have been an attractive option…but the horrible death you would suffer if you were caught and brought back served as an effective deterrent for most. Caesar, a recent and less battered down addition to her plantation’s slave population, talks Cora into fleeing to a contact of his with ties to the Underground Railroad. The two set off and are initially successful, the book following their escape route through states to the north. 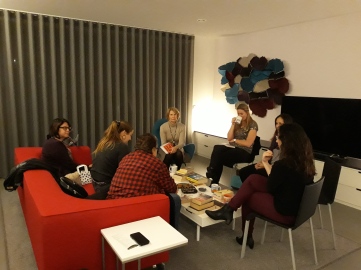 The first surprise was that the Underground Railroad was an actual railroad – built in tunnels under the ground. Why had the author chosen to portray it so literally? If you hear aboutthe Underground Railroad as a child, you do imagine it to be a regular railroad; did Whitehead decide to remain true to his initial image of the secret network of individuals who helped slaves escape? Another aspect that I found surprising was the big difference in attitudes and laws in the different states Cora went through. While there were laws in place to “lift up” colored citizens in South Carolina (with somewhat dubious motives), North Carolina wanted to rid their state of ALL blacks and made entertainment out of hanging any they found + those residents who helped them. After several near misses, things seemed to end well when Cora arrived at the Valentine farm in Indiana, a community made up entirely of colored residents, and found her place in the group. As the small community grew, their white neighbors became increasingly hostile and decided to take matters into their own hands. It remains shocking, the things people feel justified in doing to others who are “different”. 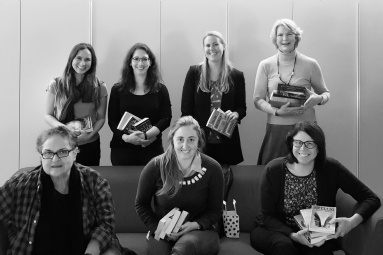 The opinions of our group about the book were quite varied: some found it too slow paced with a confusing story line, others felt it moved along at a good pace and found the story line clear. I really liked the book and found the language used beautiful – such clear images and spot on descriptions. My favorite impression was from a section mid-book that was a bit random to the main story line. A young man is studying medicine at a small Boston college and supplements his income by going on raids to find cadavers that students can practice on. This involves going out in the dead of night and stealing the bodies from new graves. Since white graves were often guarded by family members to prevent removal of the body, that was generally not the case for black graves. Thus, more and more medical cadavers were blacks: “Yet when his classmates put their blades to a colored cadaver, they did more for the cause of colored advancement than the most high-minded abolitionist. In death the negro became a human being. Only then was he the white man’s equal.”

(I was excited to hear that Colson Whitehead would be giving a talk about the book in Amsterdam at the John Adams Institute. Though the tickets were sold out, my daughter managed to find 2, so I’ll be going on December 6th . Come to the next book discussion to hear what I learned… ) We ended our evening with a book exchange and several members brought good books they had already read to share with the group. There were a few of our past reads among the books – good books, but not ones in line to be re-read. Especially nice for new members of our group, but I went away with a couple of books as well.