#TBT Movie: The Light Between Oceans 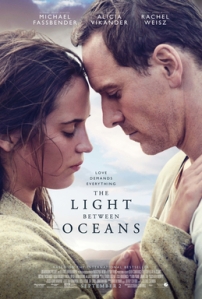 Next week we’ll meet up for another Movie Night.  For #ThrowbackThursday, here’s a look back at the Cinecitta movie “The Light Between Oceans”!

11 November 2016. by Anne van Oorschot. We had our first #TilburgInternationalClub movie evening of the club year at Cinecitta to see the film The Light Between Oceans. This beautiful film is based on the debut novel by M. L. Stedman and tells the story of Tom (Michael Fassbender), a Lighthouse keeper in Western Australia and his wife, Isabel (Alicia Vikander). Tom, a WWI veteran, is damaged by the atrocities he has seen as a soldier and feels his past will prevent him from having a happy future, so accepts the job of lighthouse keeper on a desolate island. He is surprised by the affection of Isobel, a lovely girl who lives on the mainland and they are married and head off to the island where they create a solitary, yet happy life together. 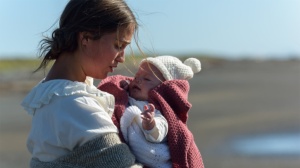 To their joy, Isobel becomes pregnant, only to suffer a miscarriage…and then another. Isobel is bereft, but one day, a small boat washes up on shore containing a dead man and a crying baby. Isobel sees it as a gift from God and convinces Tom to bury the dead man and they raise the little girl, whom they name Lucy, as their own. The little family leads a charmed life on their island and Lucy is nurtured and loved unconditionally. Several years later the family returns to the mainland for a celebration, and Tom meets a grieving woman (Rachel Weisz) who is desperately searching for her daughter who was lost at sea in a small boat with her German husband…

The 3 main actors were excellent, giving convincing and emotionally true portrayals of their characters, and the cinematography was absolutely stunning!!

While Tom tries to honor his family, he also tries to secretly reassure the grieving mother that her daughter is safe and well loved. In spite of his best intentions, that – of course – goes wrong and leads to emotional heartbreak and near disaster…

What I found most memorable about the film was a comment made by Frank, the German father of the

lost little girl. Via a flashback, we learn about him through his wife as she remembers her lost love. After the war, Frank is very discriminated against and shunned due to his German heritage and his wife marvels at his seeming inability to become angered and resentful of the prejudices he encounters. He tells her, “You only have to forgive once. To resent, you have to do it all day, every day. You have to keep remembering all the bad things.”  A good lesson from a stunning film!

Watch for more TIC movie nights in the New Year and plan to join us for a good film followed by a drink and snacks to start the weekend off in a relaxing way.