Jobs in the Netherlands 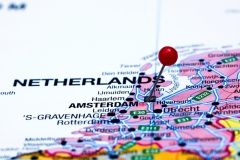 Did you know that tíc has a dedicated JOBS page to help expats find jobs in the Netherlands, and specifically in and around the Tilburg area?

We get many requests all year round for help with job searches. More and more job searches are done through social media channels such as Twitter and Facebook as well as through the professional networking site LinkedIn. In-person networking is also an important factor in getting a foot in the door. We can help you build your social and professional network through its many activities that bring expats together.

Many job listings are posted on Twitter asking for candidates who speak a foreign language that isn’t Dutch. You can follow @tilintclub to get regular notices of vacancies. You can also do various searches to find job vacancies (for example, job vacancy Tilburg).  Many groups such as @nativespeakerss, @IamExpatJobs, @jobportaal and @BlueLynxJobs all post their vacancies several times a day.

By tilburg international club in Expat Jobs on 28 July 2020.
← Join us on LinkedIn! Thanks to our Welcome Event Contributors! →