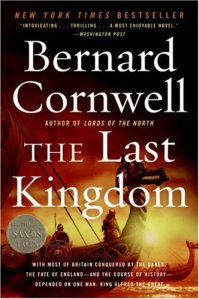 Next week we will be meeting for our next book club; a gathering that sometimes has intense debates, but is always a lot of fun. For #FlashBackFriday, let’s take a look at a book club review from 2015!

15 Mar 2020 The tíc Book Club met in Cafe Restaurant No Sikiriki, and the atmosphere was great. The book under discussion was The Last Kingdom, first volume in a series written by Bernard Cornwell. We all loved the book. This may seem odd, given that we were all women and that this historical novel describes a pretty brutal man’s world. In the book we followed a young warrior’s epic adventure of courage, devotion, treachery, duty, battle and love. The time is the middle of the ninth century AD; the place – the British Isles.

The action – the invasion of the Christian Anglo-Saxon world by Norsemen; men who came with their own, very vibrant gods.  All in all, the book lent itself to a spirited discussion: how did the two religions compare; how does this epoch of violent turmoil strike you? Are there similarities in our present day world? And what about the remnants of an earlier, much more advanced civilization? When they left in about 410 AD, the Romans abandoned their amazing structures and roads and not a Briton, so it appears, cared to imitate or inhabit them. Yet many centuries later, the Anglo-Saxons made grateful use of these roads, especially in times of war. Yet they continued to use mud and straw to engineer their civic landscape. What does this say about the original Britons, the Anglo-Saxons that took over, and the Romans that came in between? And could such a thing happen again? Perhaps it did happen, many times over? All in all, it was a great night!