Tomorrow, we will be doing an at-home beer tasting workshop presented by Hetbiermoment. For #ThrowbackThursday, let’s take a look at our tour from 2018 to Koningshoeven monastery to visit the Trappist Brewery, famous for La Trappe beer!

22 September 2018. by Elaine Ferguson. A group of enthusiastic beer tasters assembled outside the La Trappe Monastery in Berkel Enschot. Coincidently, the majority of our group consisted of Australians although some were from Sydney. 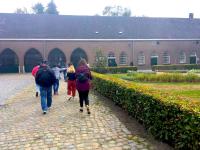 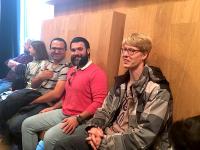