Home » About tíc » Meet the Board!

I have worked and lived in the Netherlands since 2005.  Sometimes it feels like I have been here forever and other times it feels just like yesterday! I was born in St. Louis, Missouri, USA but lived most of my life in Knoxville, Tennessee. I grew up as a typical American kid. My father taught high school and my mother was a secretary. My brother and I were very lucky to have such devoted parents and they always appreciated and supported that I had a different view of the world.  From a young age, I had a tremendous fascination for “all things European” and I desperately wanted to travel and take in all the beautiful wonders that Europe had to offer. But, alas, I put those dreams on hold and followed a more traditional path, working towards my Master’s Degree and taking a “safe and secure” government job.

After a few years, I was approached by a company and give an opportunity to participate in the start up of a new service center for repairing aircraft engines.  I was ready for a change and jumped at the chance. After a successful start-up, my company sent me to their sister facility in Tilburg to give some assistance and also receive some training. Later, I was offered a transfer to the facility in Tilburg. Although I was nervous about making such a move, my mother’s sound advice of “You will only regret what you never try”, rang loud and clear!

I also discovered tíc during this time and that added a whole new perspective to my life here in Tilburg. It has been great meeting such diverse and fascinating people and sharing stories (both good and bad) about life as an expat. Being on the board (event director first!) has also enriched my experience and broadened my view of the world in ways I could have never imagined.

In the spring of 2010, I took position with another company – this time one that was European owned.  That “sealed the deal” for me and I plan on staying in The Netherlands indefinitely. I have a great life here. I love all the different cultures and individualism that this small country has to offer.  A part of me will always be partial to “home” but as the old saying goes, “Home is where the heart is” and mine is definitely in The Netherlands!

I’ve always been an adventurer and traveler.  I grew up in Seattle visiting much of the US and many different countries with my wanderlust parents.  As a teenager, I went to live in India for 1½ years to study and learn dance.  Ever since that experience, I’ve had a passion for seeing the world and experiencing new cultures.  After graduating from college, I spent the next 10 years building an HR career and completing my Master’s programs in Philadelphia.  Towards the end of my studies, I made a pivotal decision that changed my life.  I took a job in Germany.

The rest, you may say, is history.  Within 5 months, I had moved overseas, started my new  position and began learning German.  Fast forward 15 years and a lot has happened!  I met my now husband, moved to the Netherlands, learned another language (ugh!), started my own translation business, added an additional 3 to my family and helped start the tilburg international club!

Though I’ve settled in the Netherlands, I always wanted to stay in touch with the international community.  I was more than willing to volunteer my time to participate on the Board to help develop the organization.  That was back in 2007!  Over the years I’ve contributed in various capacities (including a 2-year hiatus!) and am now back to fulfill the role of developing our membership base.  As we continue to support our existing membership group, I look forward to meeting out newest international members as our club continues to grow! 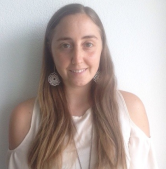 I moved to the Netherlands in April 2017. I’m originally from a small town near Santiago in Chili which, compared to any other city here, is not that small! I grew up my whole life in the same place, going for holidays to the same place as well until I felt I wanted and needed to see the world. That’s when I decided to go and study some of my university course in Canada, as an exchange student for a semester. I met amazing people from everywhere around the world and made good friends, but I also met an incredible Dutch man who is the reason why I’m currently living in Tilburg.

I studied business administration as my university degree and I did a master’s in economics in the same university, after finishing my studies in Canada. Since then, I’m always thinking about my next destination and even how difficult it can be to say good bye to your loved ones, living in a different culture is a tremendous opportunity that I think I’m experiencing at 100%.

I worked as a housekeeper at Mercure Hotel in Tilburg at the beginning of my life in Tilburg until I got a job at Rhenus where I’m currently working! I’ve met great colleagues, but I still believe that Tilburg International Club gave me the best friends I could have asked for while living here. I’ve met people of all ages but all with one thing in common: being an international in the Netherlands. Who else more than us knows how it is to live abroad? I’m not only happy about the fact that I discovered (well, my partner did) this club, but also, thankful and glad that I can also contribute to it!