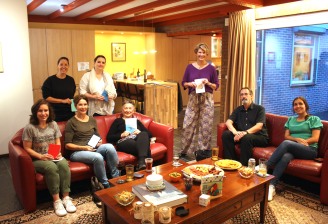 13 Sept 2022. We met to discuss the book, The Liar’s Dictionary, by Eley Williams, a young British professor and writer who grew up in a family immersed in words and dictionaries.

While not everyone enjoyed the book as a whole, it was the consensus that dictionaries must be fluid in nature, as words change in meaning over time. Also, imbedded in the story was the existence of mountweasels, or false words, as well as many metaphors, hyperboles, puns, turns of phrase.  This made for a clever and fun read.

Our book took place over a century in the fictitious Swansby’s Encycolpedic Dictionary of Words.  The  thread in the story in the late nineteenth century was told through the eyes of Mr. Winceworth, a man who END_OF_DOCUMENT_TOKEN_TO_BE_REPLACED

9 Mar 2022. For our most recent book club we read The Island of Sea Women, by Lisa See.

Watch the video to hear about the origins of The Island of Sea Women told by author Lisa See who visited us during our book club!

Check out our picture gallery!

It told the story of two friends set on an island of Korea called Jeju. The story was told specifically through the frame of the society’s focus on women as breadwinners through diving, and the tumultuous period in history for Korea in the 20 th  century.

Everyone really enjoyed the book even though there were some difficult parts to read due to the traumatic events that took place.

However, the main highlight of the evening was that we were able to talk with the author herself because she joined our book club through a video call! She gave us some background on how she got interested in the topic of the haenyeo (women divers) and all the research she did to make the book a reality.

END_OF_DOCUMENT_TOKEN_TO_BE_REPLACED

Book Club “Hiddensee” imagines the backstory of the Nutcracker

17 Jan 2022. We spent another relaxed evening chatting about the book Hiddensee by Gregory Maquire (and often many other life topics!), with our favourite drink(s) in hand.

“Enchanting, mystical and filled with wonder – the perfect holiday fairytale for grown-ups”  is how People magazine described this month’s book club choice. From the opening of our discussion, it was clear that this is not quite how our TiC readers would describe it.

Hiddensee imagines the backstory of the Nutcracker, tracing the story of the toymaker Drosselmeier from his challenging childhood through to his later years and his friendship with Felix and his daughter Klara.

END_OF_DOCUMENT_TOKEN_TO_BE_REPLACED

Like Water for Chocolate: A Mix of Reality, Magic, and Supernatural

22 Nov 2022. It was my turn to make the book selection and when we were discussing about what would be nice to read, the conclusion was that 3 suspense/mystery books will be a nice shift. Then, when I was looking for the options, I also remembered that they wanted to read something “different”, “not too American” (because they have read a lot of those), so I decided to include an “extra” book that was popular in my country (México). Besides, in case they like the book, we could eventually also enjoy another “Tic Book Club-Movie” together. END_OF_DOCUMENT_TOKEN_TO_BE_REPLACED 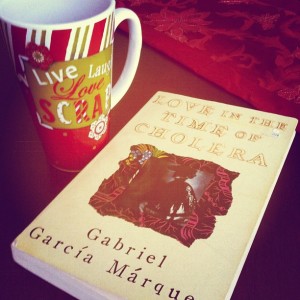 Are you up for a good discussion with a group of friendly book-lovers?

Would you like to expand your reading horizons by reading a book you may not have chosen yourself?

Do you want to spend a relaxed evening chatting about a book, and often many other life topics, with a cup of tea, coffee or perhaps glass of wine in your hand?

Join tíc’s Book Club where we meet up approximately once every 6 weeks to discuss the latest book pick by the group.

END_OF_DOCUMENT_TOKEN_TO_BE_REPLACED

On Monday, we will be meeting for our next book club; a gathering that sometimes has intense debates, but is always a lot of fun. For #FlashBackFriday, let’s take a look at a book club review from 2019.

19 Mar 2019. For our March book club gathering, after getting a warm drink, we settled around a crackling fireplace and with a tray of yummy snacks. While not everyone had finished the book, Educated, all agreed that it was a remarkable story and well written.
Tara was the youngest of 7 children and her childhood looked idylic on the surface – living on a breathtakingly beautiful mountain in rural Idaho with her own goats and horses. Her mother was a midwife and herbalist and Tara spent a lot of hours walking on the mountain, gathering rose hips and mullein flowers that her Mom could stew into tinctures.

END_OF_DOCUMENT_TOKEN_TO_BE_REPLACED

We know what “Too Loud A Solitude” feels like

15 Mar 2021. by Essi Koskela. Our selection for book club this time was Too loud a solitude by Bohumil Hrabal, a mere 100 pages of quotable digression aimed to baffle the reader. This sentence from the book perhaps describes the best how Hrabal’s book should be read, “I pop a beautiful sentence into my mouth and suck it like a fruit drop, or I sip it like a liqueur until the thought dissolves in me like alcohol, infusing brain and heart and coursing on through the veins to the root of each blood vessel.” END_OF_DOCUMENT_TOKEN_TO_BE_REPLACED

Who runs the world? “Girl, Woman, Other”

16 Feb 2021. by Estela Highet. I wish we could have had more time to discuss this very interesting book, it has plenty of different topics and they are very related to what the world has been going through lately.

Feminism, racism, cultural differences, sex and many more topics in one single book. All this through the million characters and therefore million stories to be told from each of them – which also made it a bit difficult to read. The principal characters were (only) 11 black women and one non-binary living in the UK.

END_OF_DOCUMENT_TOKEN_TO_BE_REPLACED 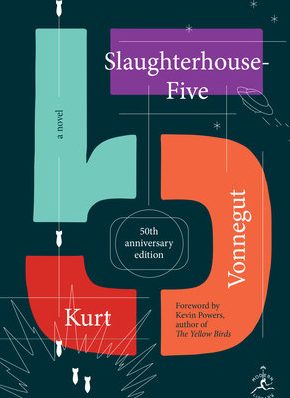 On Monday, we will be meeting for our next book club; a gathering that sometimes has intense debates, but is always a lot of fun. For #FlashBackFriday, let’s take a look at a book club review from 2019.

3 Sept 2019. by Anne van Oorschot. Our first gathering of the Book Club took place on September 4th – very early in the club year and prior to the tíc Welcome Event. That may explain why we were quite a small group, including 1 brand new member. We had all read the book – not hard since we’d had the entire summer and it was quite a short story.

As a young man and a prisoner of war, Kurt Vonnegut witnessed the 1945 US fire-bombing of Dresden in Germany, which reduced the once beautiful city to rubble and claimed the lives of thousands of its citizens. This atrocious act was a recurring theme in the book, and more horrific details of the bombing aftermath come out as the story progressed. END_OF_DOCUMENT_TOKEN_TO_BE_REPLACED

Next week we will be meeting (virtually) for our next book club; a gathering that sometimes has intense debates, but is always a lot of fun. For #ThrowbackThursday, let’s take a look at a book club review from 2019.

13 Feb 2019. by Anne van Oorschot Even though the weather outside was cold, the atmosphere at Book Club was warm and friendly. We were welcomed into the beautiful home of one of our members and offered warm drinks and tasty Valentine treats!

We had a lively discussion of Maybe Tomorrow by Boori Monty Pryor and Meme McDonald and compared its descriptions of the Australian Aboriginal’s plight to the discriminated minorities in other countries. While many shocking things were done to Australia’s indigenous population in the past, harder to understand are the many injustices and predjudices they still face. A good book, but hard to think it portrays a positive future…

In Boori Monty Pryor’s words, “The other day this little one asked me, ‘When did you start being an Aborigine, and how old were you when you started that?’ Like it was a career path or something. I just cracked up laughing.”

Pryor’s career path has taken him from the Aboriginal fringe camps of his birth to the catwalk, the basketball court, the DJ console, and now to performance and story-telling around the country. ‘You’ve got to try and play the whiteman’s game and stay black while you’re doing it,’ his brother used to tell him. END_OF_DOCUMENT_TOKEN_TO_BE_REPLACED