22 Oct 2020. I went to my first general meeting for the Tilburg International Club
the other week. It was a virtual event where they talked about the club, and then afterwards we had a pub quiz. END_OF_DOCUMENT_TOKEN_TO_BE_REPLACED 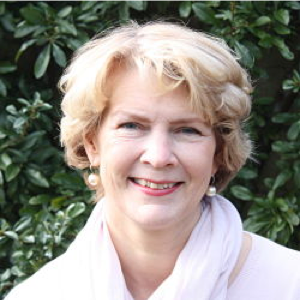 The year was 1981 when I arrived in the Netherlands to join Hein – the love of my life! – and we lived in The Hague. While life in a foreign country is always a challenge, it is much easier in a city that is internationally oriented. As the Dutch governmental capital, The Hague has numerous international clubs, and I immediately joined the American Women’s Club (AWC) of The Hague. Here were a group of women who spoke my language, understood my bafflement at many Dutch customs, and missed family and friends as I did. Such a relief!!

As the years progressed, I learned Dutch, became more familiar with Dutch customs, had children, made friends, and moved a couple of times to different parts of the country…yet, I remained a member of the AWC. Even though I didn’t feel as lost as I once did, I still really enjoyed the social activities with “people like me”.

It was 2007 when Hein got a job as President of Tilburg University and we moved to Tilburg. While I remained a member of the AWC in The Hague, it was pretty far away and I missed a closer “expat contact”. Hein, who had always supported my activities in the AWC, realized there was nothing similair to help the many (250!) international employees of the University. “Why didn’t I start an international  club here?” Why not indeed!

I started by making a 2 page questionnaire for expats to see if they would be interested in an international club and, if so, what they would like it to offer. I got a list of foreign based companies in the area from the BOM (Brabant Development Agency) and started calling to see if they had foreign employees. While most companies with expat employees were receptive to the idea of an international club as a plus for their employees, some were not. “We help our employees enough, they don’t need a club!”

Often no amount of reasoning would get through to these stubborn HR employees and once I bluntly asked who their expat employee should call on a Sunday afternoon if his cat was vomiting? There was silence on the other side of the line…”Aah, we’re closed on Sundays.”  While there is a lot employers can do for international employees to help them get settled, an informal social network of other expats can help with the many small details of life in Tilburg. Also, no matter how nice Dutch colleagues are, they have their own family and friends and are not necessarily looking for more, outside of work.

I made appointments and set out for the many companies employing expats with questionnaires for their employees. I complied the results and was not surprised that there was a need for just such a club. There were many “official” details that needed to be taken care of: deciding on a name, writing the Constitution and By–laws for the club, finding a meeting location, arranging for publicity, finding sponsors, planning an initial meeting, getting 2 additional Board members, finding a notary to register TIC as a “vereniging” (association) and deciding on the first event. On March 30, 2008, TIC had a very well attended Open House at De Harmonie and our first members signed up…My TIC became Our TIC.

And here we are, 10 years later! TIC is steadily getting stronger and more anchored in the

community, and while a lot of members have come and gone, there are more who are willing to help with the planning and running of the club. Thanks to social media campaigns on Facebook, Instagram, LinkedIn and Twitter, we are reaching more expats in the area and are able to enrich the international experience of our members. TIC is flourishing!

After 10 years on the Board as President and Secretary/Membership, I am so happy to see that there are many others who see the club as “Their TIC”; who pitch in to plan fun and interesting events, who attend events and make them successful, who share their national customs and foods, who are interested in getting to know other club members…who have made TIC into Our TIC! I feel confident about the club and secure in the knowledge that because the club is in many good hands, I can step back and let others take the lead. I will continue to organize the Book Club and Movie Night, and maybe I’ll be back on the Board again in the future – who knows? But for now I am happy to be just a member of Our TIC.

Of course, I still hope to see you at a TIC event soon!

All the best, Anne