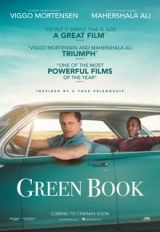 01.02.2019. Review by Elaine Ferguson. The film is loosely based on the friendship between Tony “Lip” Vallelonga (Viggo Mortensen) who is a night club owner/bouncer and Dr Don Shirley (Mahershala Ali) a talented black concert pianist

The film takes place in 1962 when Dr Shirley hires Tony as a chauffeur to drive him on a concert tour through the southern states of American which were at that time still segregated. Before Tony sets off he is handed a small book entitled “The Green Book” which is a travel guide providing helpful information for black travellers. This gives us a clue as to what we can expect from the rest of the movie which is more of a story about the struggles imposed on the blacks in the south rather than a true friendship.

The music and the company made it an enjoyable evening.

For those of you wanting to know more about the meaning behind the Green Book: 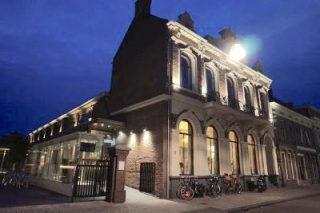 Tomorrow night we’ll meet up for another Movie Night.  For #ThrowbackThursday, here’s a look back to 2015’s movie night to see “Far from the Madding Crowd”!

On a warm Friday evening, tíc members descended on Cinecitta to watch a film adaptation of Thomas Hardy’s novel “Far From the Madding Crowd”. Before the movie started, we had time to lounge in the courtyard, have a drink and enjoy the still bright late spring sun. END_OF_DOCUMENT_TOKEN_TO_BE_REPLACED 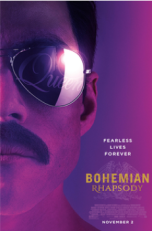 “Bohemian Rhapsody”, named after one of the most famous songs by “Queen”, follows the band’s 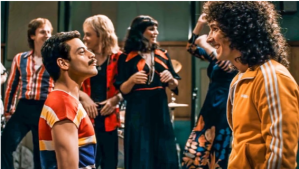 history from their origins to their celebrated Live Aid performance at Wembley Stadium in 1985. Mainly, the movie focusses on the turbulent biography of Farrokh Bulsara, better known under the name he gave himself later: Freddie Mercury.

The impressive and moving movie portrays Freddie Mercury as a self-confident, but vulnerable and admired genius who made “Queen” into one of the most influential bands in music history while his airs and graces could be challenging for the people surrounding him.

Although the movie is sometimes rather loose when it comes to historic accuracy, “Bohemian Rhapsody” received overall positive reviews and could also fill the “Queen” fans of our group with enthusiasm and some of their eyes with tears. Particularly the movies’ casting was praised by our own tíc jury over the traditional post-movie drink. Moreover, the biographical movie motivated us to share and discuss our biographical and personal connections with “Queen” and their music. Hence, it was a great evening to learn more about “Queen” and tíc’s members. 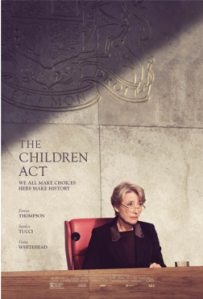 For tíc’s first movie night of the year, on 28 Sept 2018, we had a great turnout of 12 people who made their way to Cinecitta to watch The Children Act. The movie follows Fiona Maye (Oscar® winner Emma Thompson) who is a respected Judge in the High Court of England and Wales, well known for her professional and just decisions within the complex area of family law.  Just when her marriage to Jack (Stanley Tucci) seems to be reaching a crisis due to her devotion to her work, she throws herself into a complex case. The 17-year old Adam (Fionn Whitehead) has leukemia and will die if he does not receive a blood transfusion.  However, Adam and his parents are Jehovah’s Witnesses, and believe that having a blood transfusion is against their religion. Fiona must decide if he is too young to decide himself over life and death, or if the court should step in. Her decision will have major consequences for both Adam and Fiona. END_OF_DOCUMENT_TOKEN_TO_BE_REPLACED

TIC members met at the Cinecitta to see the Oscar nominated film, The Post. The film, staring Meryl Streep and Tom Hanks, tells the story of The Washington Post’s decision to publish information from a top secret study regarding the United States’ political and military involvement in Vietnam from 1945 to 1967. The report chronicled the U.S. government’s involvement in Vietnam’s affairs – indirectly or directly – by Presidents Truman, Eisenhower and Kennedy. The report demonstrated, among other things, that the Johnson Administration “systematically lied, not only to the public but also to Congress”. Needless to say, the government of then President Nixon, was not happy with the leaks and tried to prevent publication. Happily, The Washington Post persevered! Little could they have imagined the stories and stature they gained from a “little break-in” of the Watergate hotel only 1 year later.

As we sat in the cozy and crowded bar area of the Cinecitta after the film, we talked about the important role the press played in 1971. With so much talk of “fake news” and “alternative facts” today – certainly in America! – the role of the press seems to have been rather marginalized.  What has changed over the years? While there is no one answer, it was noteworthy to see that part of the dilemma “should we publicize?” in the film was due to the recent public sale of Washington Post shares. A strong and almost winning argument against publication was that the investors would not like it. If it caused shareholders to sell their shares, the result would be financial disaster for the cash-strapped paper. Strong leadership in 1971 on the part of The Post’s majority owner Katherine Graham and Editor Ben Bradlee, resulted in publication, but it was a very close call.  Can the same be said anno 2018…? 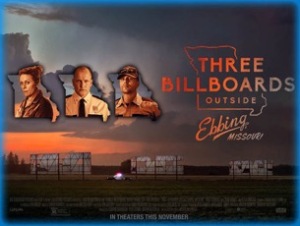 On a chilly Friday evening in January, nine TIC members met up at the Cinecitta Theater in Tilburg for the first  Movie Night in 2018. The dark comedy: Three Billboards Outside Ebbing, Missouri was the film attendees selected to watch.

The movie was amply acknowledged earlier that week at the 2018 Golden Globes awards where it was awarded trophies for Best Motion Picture – Drama, Best Actress (Francis McDormand), Best

The film was widely liked by TIC members and participants enjoyed cold drinks and warm conversation after the movie at the Cinecitta Ristobar, with topics including the excellence of the movie, Frances McDormand’s odd haircut, life in Milan, an adorable new nephew and why a gin & tonic in the Netherlands comes in a glass large enough to do flower arranging. It was a good start of the weekend!

Loving Vincent was chosen for October’s movie night. A nice group gathered, all curious about what to expect from this film. There was actually quite a bit of discussion before it even started. “How in the world can they make a decent movie using paintings?” “ I wonder if it will have a cartoon feel?” “I’m sure I’ll either love it or hate it!”

Loving Vincent is the first entirely oil-painted animation feature film in history. One tends to get caught up in the beautiful backdrop rather than the story itself. The story revolves around the year after the death of Vincent van Gogh with the son of a postmaster trying to deliver a letter Vincent wrote to his brother, Theo. He goes on a search for Theo van Gogh and, in the process, speaks to many that knew Vincent – each with a different view on the man himself and how he died.

In general, the group enjoyed the film and there was a lively discussion afterward. Some, like myself, were totally moved by the sheer beauty of the animation while others were curious as to the different theories surrounding the death of Vincent van Gogh. If you haven’t seen Loving Vincent, it is definitely worth the price of a ticket. I, for one, will be going again … just to enjoy the beauty.

TICMovie Night review of the Jackie

Cinecitta was again the location for our movie night where we saw the film, Jackie, about First Lady Jacqueline Kennedy in the days following the assassination of her husband, President John F. Kennedy. We were a small group of 4, but that had the advantage of making for a more intimate discussion of the film over drinks and snacks afterwards. We

all enjoyed the movie and felt it gave a good impression of Jackie, flaws and all. Natalie Portman did an amazing job portraying her!

The film showed a televised tour she gave of the White House and we were all curious if her rather breathless way of speaking was accurate, as well as other details of the tour shown. I was so curious that when I got home, I searched on internet and found the tour on internet: https://www.youtube.com/watch?v=T7XabXENChE

Ms. Portman was spot on!

On Friday, February 3rd, we met at Cinecitta for a night at the movies. We seem to be in a period with many good and interesting films to choose from, but the one we went to was, Lion, surprisingly enough, not a nature film, but one that took place in both India and Australia.

The film tells the story of the Indian, Saroo, and his search to find his home. While it sounds pretty straight forward, nothing could be less true! As a 5 year old child from rural India, Saroo gets locked in a train that travels several days, finally stopping 16,000 kilometers later in busy Calcutta. Not knowing the Hindi language spoken in the city, unsure of the name of the small village from which he came, or even his Mother’s name (“Mama”), the authorities cannot help him get back home. While

many dire things could have befallen Saroo, he is taken to an orphanage from which he is adopted by a loving Australian couple.

Once Saroo starts college, he starts having more and more memories of his real mother and brother, as well as the surroundings of his Indian home. With the aid of Google Earth, Saroo sets out on the seemingly impossible task of finding the Indian railway station from which he left 25 years earlier and from there, his way home.

The fact that the whole thing is a true story – proven by the photos of the actual people during the credits – is absolutely amazing. (After seeing 5 year old Saroo trying to find his way alone in Calcutta, I will never, ever complain about the difficulties of adjusting to life in Tilburg!) Add to a gripping story (the film has been nominated for 6 Oscars), there was also excellence in acting from Dev Patel who received the BAFTA for Best Actor in a Supporting Role.  7 TIC members, drinks and snacks after the film, and what do you get? A great start to the weekend!

On Friday evening, March 18th, nine TIC members met at Cinecitta, the lovely art house theater in the Willem II Straat in Tilburg. We had chosen to see Room, a recent Oscar winning film about a woman and her young son, Jack, who live in captivity in a small garden shed. The woman was kidnapped as a 17 year old and has lived in this small Room for 7 years. To shield her 5 year old son from the reality of their captivity, she tells him that the Room is the entire world. When they do manage to get out, the real world proves the biggest challenge of all.

After the film, while a few people were going to leave right away, we talked most members into staying for  a drink to chat about what we had just seen. While one would expect a film with this subject matter to be horrifying, it wasn’t really. Why not? We decided it was because the story was primarily told from Jack’s viewpoint, and he had never experienced Room as something frightening.

We’ll plan another movie night soon and hope you’ll join us. While the film we’ll see isn’t known, it will be sure to be part of an fun and interesting evening.